Feeling some anxiety or fear coming up around having a dental implant?  A brief look into the history of dental implants might help calm those nerves.

Having a titanium screw implanted into the jaw and a tooth-shaped piece of ceramic attached to it to create a realistic and convincing smile may seem like a crazy new idea… but as it turns out, people have been doing something similar procedures for centuries just with different materials.

It has always been known; without teeth, eating becomes a problem and in older civilizations, it could mean the difference between life or death.

So taking care of one’s teeth and replacing lost teeth with dental implants in Melbourne has been a practice for as long as mankind has been civilized and is likely to continue as we progress.

Archaeological evidence proves that humans have been trying to replace missing teeth with an artificial implanted root of some kind for thousands of years.

In ancient China, about 4000 years ago, they used bamboo pegs implanted into the jaw to hold steady the carved tooth part that stuck out above the gum.

In ancient Egypt of about 2000 years ago, similar pegs were used and made out of precious metals or ivory.

The Mayans from about 600 years back used seashells in a similar fashion with great effect, as bone growth around the shell suggests they were functional as well as aesthetic. 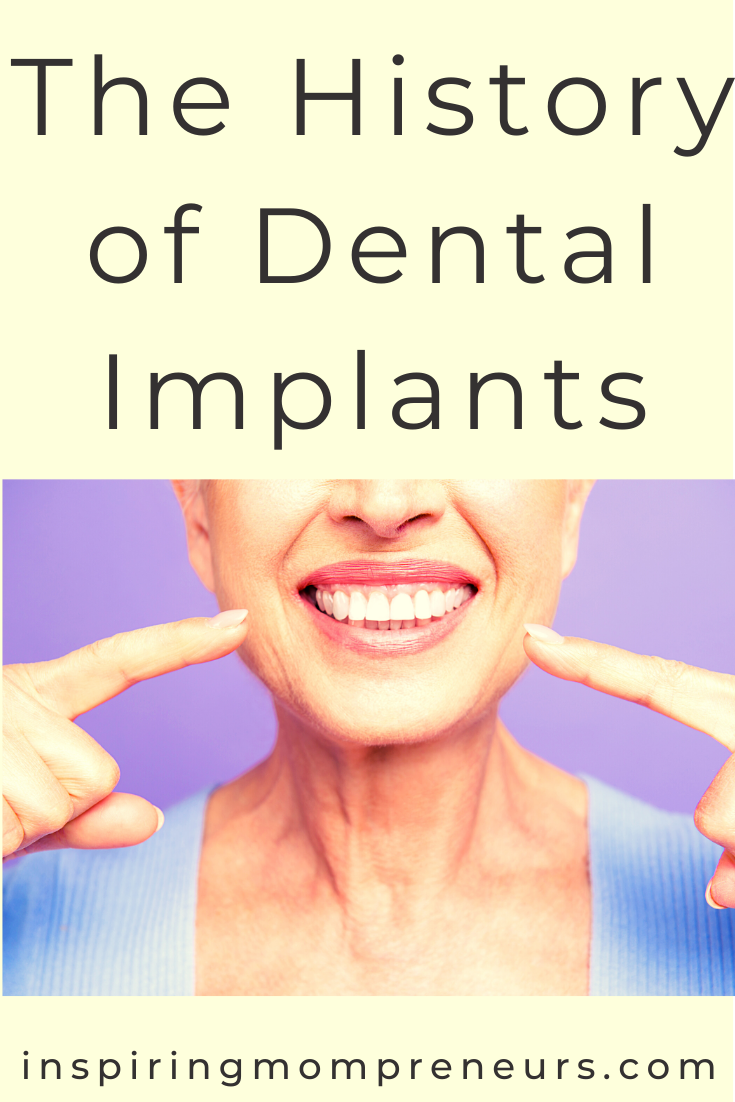 During the earlier part of the century as dentistry became more sophisticated, there were many experiments with new materials and a few successes with these dental implants.

One of these early successes was the Greenfield implant system of 1913.  This was an iridium platinum implant attached to a gold crown, it lasted for a number of years and showed evidence of the bone fusing to the implant.

In the 1940s, after some bone surgeries performed on rabbits, doctors found that bone bonded incredibly well to titanium. This was then introduced to dentistry in the ’50s and by 1965 the first human volunteer received titanium implants into the jaw.  It was a huge success, the patient’s implants lasted until he died.

While the procedure
itself has been perfected, the success of the treatment depends entirely on your own health and bones, as well as the presence of healthy tissues and how well you take care of the implants for the first 6 months after having them.

The surgery required to have implants can be done under sedation for nervous patients and can take up to 4hrs depending on how many implants are needed.

While dental implants in the past may have been attached to things like gold, bamboo, and shells, today, false teeth are created out of ceramic.  They look and feel exactly like natural teeth, making the crown that connects to the implant the most revolutionary part of the treatment.

Continuous progress is being made with the implants themselves.  Some may be treated with a particular coating that encourages natural bone growth.   This speeds up the healing process or helping those with a lower bone density to properly heal and fuse to the implant.

Dental implants have come a long way.  It may also comfort you to know that, according to WebMD, dental implants enjoy a 98% success rate these days.  I wonder if the Ancients could report the same stats?

Of course, it’s important to remember that any surgical or invasive procedure carries risks. Before proceeding, it’s always best to seek a second opinion from an appropriately qualified health practitioner.

Did this little history lesson make you feel better about having dental implants?  Let us know in the comments below.