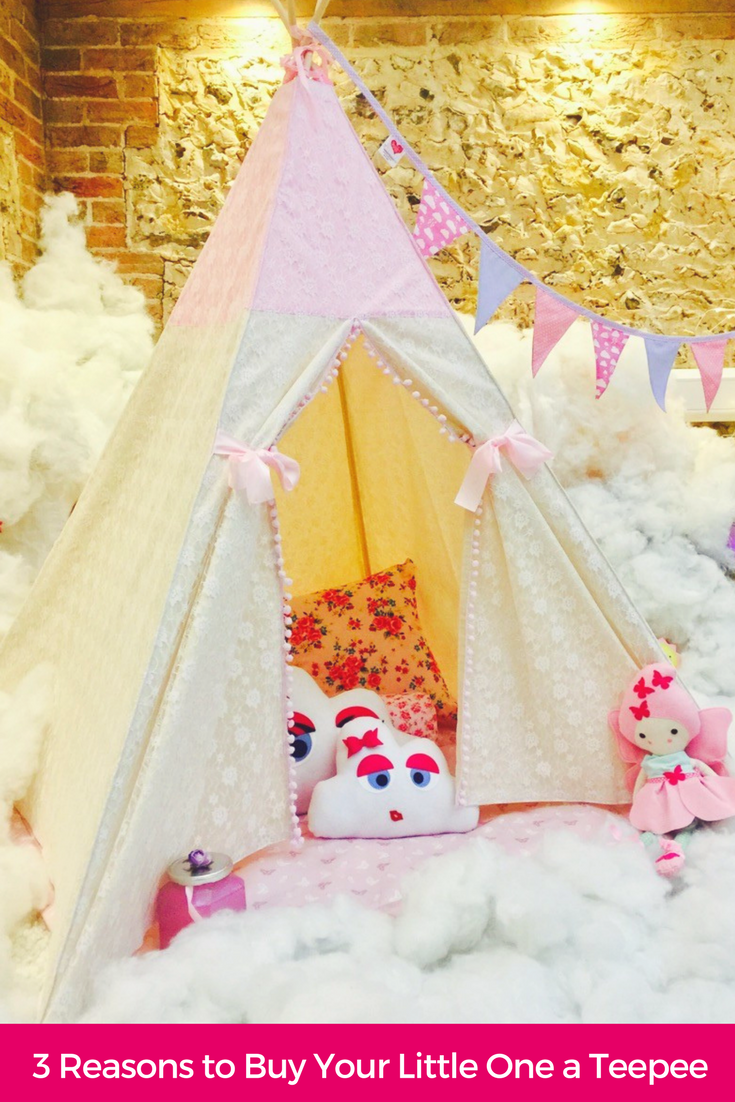 A den, whatever form it takes, is one of those things most children the world over crave, build or attempt to create at least once during their childhood. The desire to carve out our own space, create our own territory, and often then defend it is something built into human nature. Hence, it is also likely that at some point as a parent, guardian, nanny or babysitter you will be tasked with the job of helping or even entirely devising a plan for a den, if not several – and this is why a teepee, in particular, proves the perfect kind of den.

As touched upon above, the desire to create or have a den is more than just a childhood (or childish) whim; it is borne of our desire as we get older, mature, begin to form a solid identity and sense of self and establish personal boundaries to turn these complex psychological walls into something tangible and comprehensible – and something which others have to take notice of. Hence, denying a child a den could very realistically be interpreted (albeit subconsciously on the child and even an adult’s part) as a denial of their self or right to personal space.

For those interested in exploring the psychological reasons why children who are provided their own private and ‘secret’ or ‘adult free’ space flourish in more depth, a fantastic book to turn to and read is Kindergarten Architecture, written by Mark Dudek. Meanwhile, for a snippet of what Dudek has to say about the importance of allowing and encouraging a child to establish their own space and its role in forming a stable identity, give the section of the book provided for free via Google Books Online a read.

The importance of a child having a den during childhood explained, this does not mean that everyone has the hours, materials or even creative talents to necessarily build their child a den, at least not a recognisable one. Further, those without the know-how could inadvertently end up creating a den that is not safe for their little one(s). This is especially true when using materials about the house, such as string, which little people can all too easily end up tangled in, can choke on or even be strangled by. Equally, dens which involve sheets and furniture can result in accidents in which heavy objects, weights or even furniture itself is pulled down upon a child.

Hence, a teepee, such as those sold here in the UK via Just For Tiny People is the perfect option, and a life saver for busy families as well as those daunted by the idea of having to suddenly build their child a fort or space station.

As well as helping to positively inform and help stabilise and establish a child’s identity and sense of self, having use of their own private den also feeds and nurtures a child’s imagination – which is sometimes one aspect of development that can tend to get overlooked or taken as less important. This is especially true when parents are already busy attempting to instil manners in their child or children, and teach them all they need to know in order to excel academically. Yet, imagination is a massive part of a person’s intellectual make-up, not some ‘add on’ or ‘bonus’ feature some children happen to just be born with; in fact, imagination is the component which permits a child to make the leap from understanding or retaining information to forming their own, independent thoughts and creating, rather than just reproducing ideas – very basically, it is what separates us from robots and makes advances possible, in any field.

Further and finally, investing in a simple teepee that has been made to EU safety standards (which you can learn more about via the European Commission website, for those who wish to) such as via the Just for Tiny People Company is an inexpensive and fantastically creative means of nurturing a young person’s imagination and feeding their desire to learn through play. Handmade, available in a staggering range of designs (whether you are raising or caring for would-be-pirates, fairy princesses, kings queens, astronauts or adventurers), super easy to assemble and perhaps best of all easy to store, a teepee really is the ultimate den.