The Value Of Giving Back

Contents hide
The Value Of Giving Back
If you pay it forward, someone else will too
Giving back gives you an essential perspective
A reputation for fairness is a good thing to have

None of us would be where we are today without the efforts of others. That statement may be considered controversial by some, but consider it for a moment – even the people who most loudly proclaim that they are self-made had to rely on the efforts of others at some crucial point in life.

Whether it was a nurse who administered vital care when we needed it or a co-worker who suggested a different way of doing things, all of us have benefited at least once in life from the assistance of someone who could have been elsewhere, offering it to someone else.

When you consider that, it becomes hard to escape the feeling that it would be appropriate to be that person for someone else. When we have succeeded with assistance from others, it feels right to be grateful for their help and to want other people to have the chances we have had.

And if that seems a little idealistic somehow, below are some extremely solid reasons why giving something back to society can have real-world benefits.

If you pay it forward, someone else will too 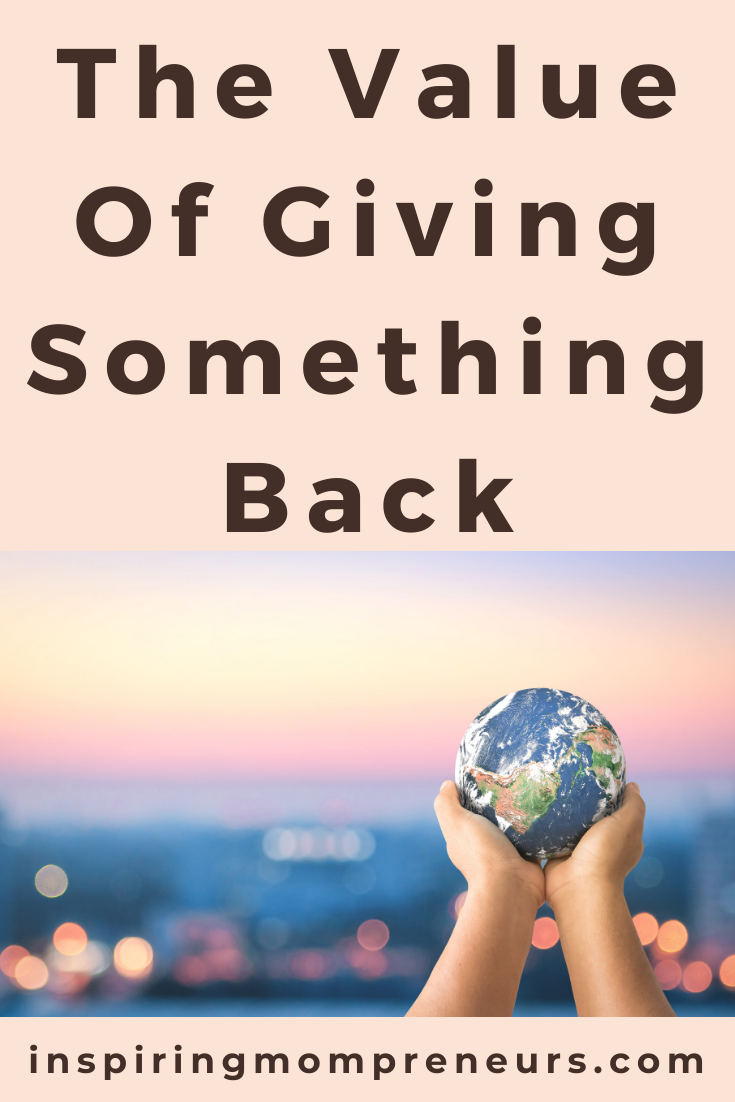 In the main, people don’t tend to forget those who have helped them out in the past. When you’ve come from a tough beginning to enjoy a secure present, you’re more likely to appreciate what you have now.

This, in turn, allows you to acknowledge the impulse to help others out and give them the chance to enjoy what you had.

People who start in Teach for America jobs are likely to find that their former students are willing to follow in their footsteps later on, and pass on the gift of education to kids who really need it – helping to build a system where a more difficult start doesn’t have to mean a harder life.

Giving back gives you an essential perspective

The act of giving back is something that’s positive to do just because it’s right – you’d be hard pushed to find anyone who could morally argue against that.

But more than this, it offers you a window into a new perspective that can be genuinely enlightening.

Most of us would probably make some claim to have come from a less-privileged background, but when you help out in overlooked areas, you quickly see how good you had it by comparison.

This is essential – it’s what leads to people choosing to become advocates for the underprivileged and voiceless. No society can thrive by ignoring those who are worst-off.

A reputation for fairness is a good thing to have

Companies that break the mould for the right reasons are well-situated to attract a lot of positive attention.

Establishing yourself as an employer who gives second chances to people who have been in the penal system, for example, shows that you don’t think people should end up on the scrap heap for a single mistake.

Offering paid internships to people with a community college diploma, or from a neighbourhood with historic problems, illustrates that you’re committed to breaking a cycle that puts people in boxes from childhood. It’s something that won’t go unnoticed and will bring a lot of talent to your door.

Being ready to give something back isn’t just the right thing – it’s the way to ensure better outcomes for everybody, and that’s fundamental to a functioning society.