No man or business is an island… right?

Contents hide
No man or business is an island… right?
WRONG. Here’s why…
Why They’re Wrong When They Say That No Business Is An Island
A unique selling point is essential for success
A solo server is your best bet for online success
You can control everything in-house
Is your business an island?

We tend to accept sayings just as they are without questioning them, don’t we?

Read more in the fascinating contributed post below and then enter the debate.  Very interested to hear your views in the comments below.

We’ve all heard the saying ‘no man is an island,’ haven’t we? And, despite the male-based sentiment, the same rules apply to us ladies. None of us can survive alone. We are social and pack animals which thrive best with others around us. That’s a fact no one can dispute.

But, what about business? There are many people out there who claim no company is an island either. This is especially the case in the modern age, where we’re about outsourcing and working with teams all over the world. Far from being islands, most businesses are expected to be large land masses. All the better for seeing larger levels of success.

In many ways, there is logic to this thinking. But, if you’re struggling with this idea of business, put it to the side for a moment. Then, consider the following reasons why an island is exactly what your business should aim to be. 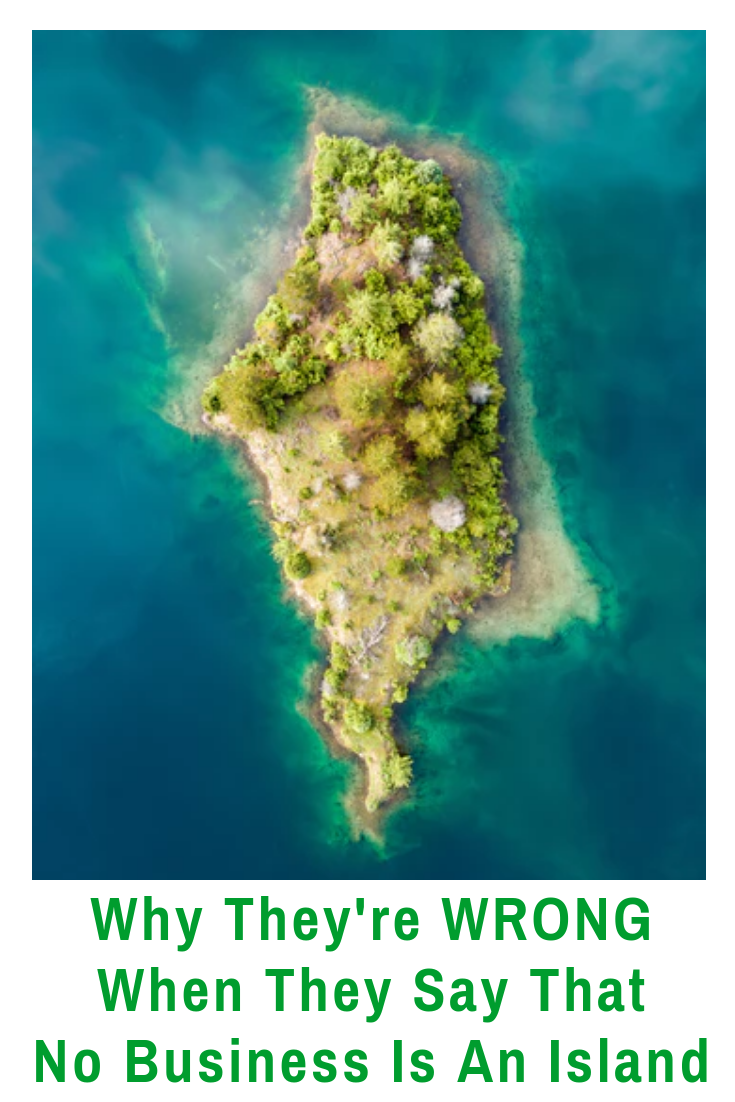 A unique selling point is essential for success

We’re told time and again that competitors are crucial to success. Only by taking their leads can we stay one step ahead of the game. But, is a back and forth like this the real way to success? We don’t think so. The companies who tend to rocket to the top are those who have the most unique selling points.

We love an enterprise which offers something no one else does. As such, looking inwards and considering how you can be as different from other companies as possible could be your secret to success.

It may make you an island in your field, but is that such a bad thing?

A solo server is your best bet for online success

Even online, many of us turn to shared servers because ‘it’s the done thing.’ There’s also a false preconception that operating in this shared way can lessen costs. But, that isn’t true. Plus, sharing a server leaves you at risk of slow loading times and breaches from other sites.

Instead, we would argue that you’d be better off with a VPS server. This is a virtual private server, and it quite literally means you’ll be an online island. Far from setting you back, that could ensure you keep your site functioning exactly how you want it.

You can control everything in-house

As mentioned, even in the physical world we shy away from the idea of being a business island. As mentioned, most companies now outsource various services, such as IT and accounting. The potential trouble with this is that it means trusting an outside company. To some extent, that involves letting go of control.

As an entrepreneur, that’s not something you ever want to do.

By comparison, keeping things in-house means you can choose each member of your team and keep a close eye on their progress. That ensures you can maintain control every step of the way. Really, then, it’s difficult to see what’s so bad about turning your business into an island in the first place.

Is your business an island?